It has been suggested that the T34 fastback concept was effectively transplanted to Brasil with the rear section of the T34 grafted onto a slightly amended front section of the T14.

I will try and explain the similarities and differences between these as I see them and you can draw your own conclusions.

Internally the car was referred to as model number 145 again reflecting the EA97 Type1 base platform.

What is known is that some 18000 were built between 1970 and 1976 and the restyling is generally attributed to Guigiaro of Ital Design not Ghia. Again Leiding is believed to have been instrumental in encouraging Karmann Brasil to redesign the T14 model. How much inspiration was taken from the T34 fastback study?

Difficult to say in the absence of any definitive records, but the fastback styling was very typical of this era in automotive design. The hatchback concept was still relatively unusual in 1970 however, with the Renault 16 being the only mainstream model- although fitted with 4 passenger doors rather than 2! 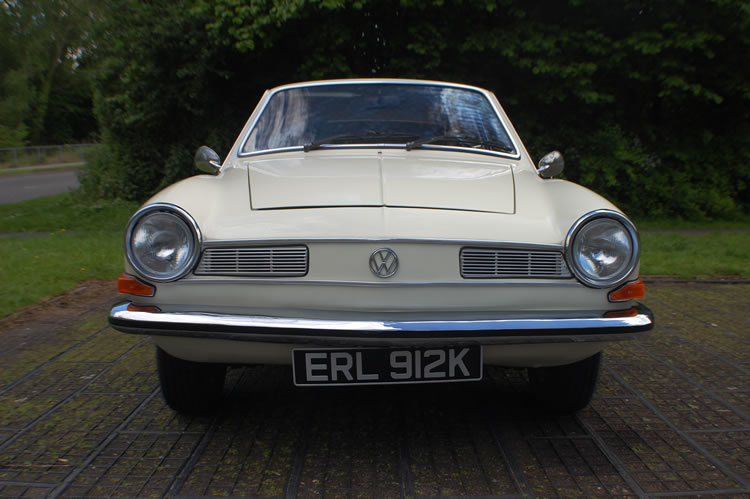 Heater control is the pre 1965 T1 rotary style by the gear lever.

Fuel supply pipe is 6mm (same as pre 68 for T3/34 which means there is no reducer as it comes through the rear engine tinware.

This was increased to 8mm on 1968 type 3 floorpans to standardise the fittings for fuel injection, given the major proportion of production was USA bound.

Manifolds – single connection for balance pipe -same as type 3/34 up to 69.

Type 1 heat exchangers – no internal fins which appears to be standard in Brasil.

Exhaust is very similar to the earlier type 3/34 style with the welded on upper pre heat boxes but with extended lower pipes to connect to the type 1 heat exchanger.

Single one piece pipe exits on the right of the car rather than the left on the T34.

Alternator instead of dynamo. Adjustment uses the type 1 method of a cut out in the rear edge of the pulley to wedge a screwdriver rather than a double nut system.

The alloy fan housing halves are modified to accommodate this with the same cooling air slot with a 105 part number.

The alternator is positively located by holes in its shaped casing – there is no separate strap. The drive belt metal housing is slightly modified and the top access cover is plastic that presses into place – there are no separate distributor type fastening clips.

Distributor. Type 3 1500S, 1964 style unit. 2 piece points with a condenser that connects to an insulated post that passes through the side of the distributor.

Cooling & tinware. Type 3 style oil cooler with oil pressure light connection, and cylinder shrouds have no cutouts for the cooling air feed to any mixer boxes on the bodyshell since there aren’t any!

T1/14 fuel tank accessed from under the bonnet.

Doors identical to T14 with more vertical treatment to rear edge from the door handle to the window – facilitates upper chrome window frame assembly including quarterlight to be bolted in.

Single line of chrome trim strips each side (3 pieces) in the same position as the top line of trim on T14.

Single chrome trim strip along sill centre line like T3/34 but larger version of plastic clip fixing for side trim.

Dashboard similar to T14 with the 8 fuse layout.

Heater vents to sills are pre 68 style but no covers.

Door handles are pre 66 square pushbutton style and matching lock striker and catch– no recess in door skin under handle.

Seats – no locking backrests. Inner door handles fixed by roll pins same as T1 up to 1967.

Engine access door is standard T3/34 but fitted back to front – the catches are to the front of the car behind the rear seat with the engagement pegs at the rear panel.

Water drains through box section metal ducts to a flap valve on each side by the bumper mounting iron. 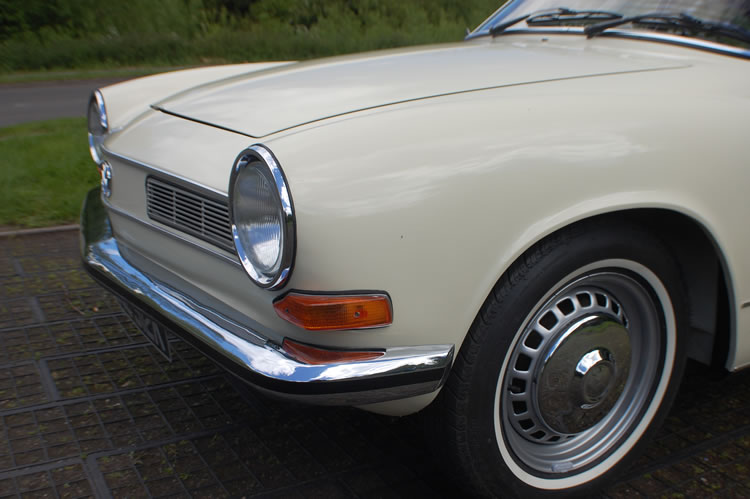 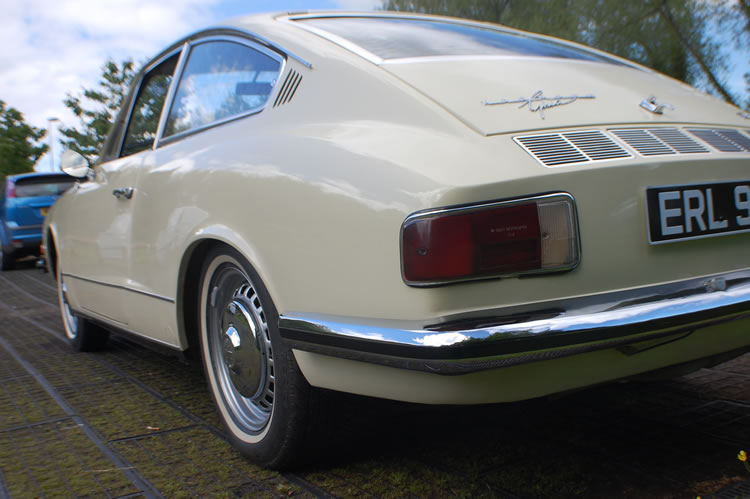 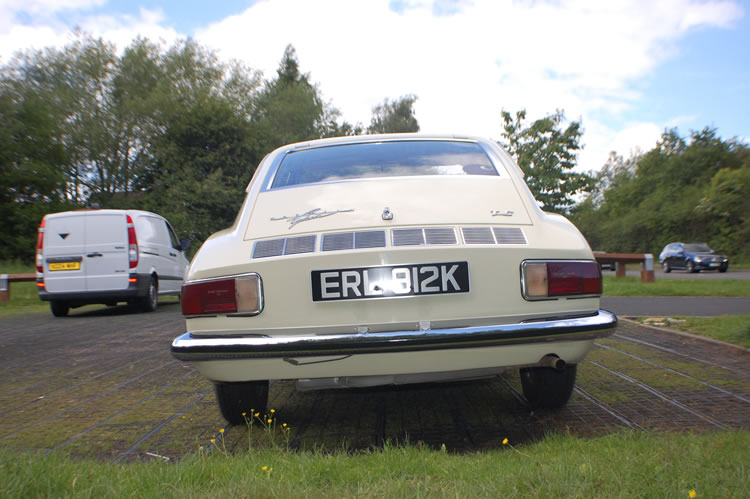 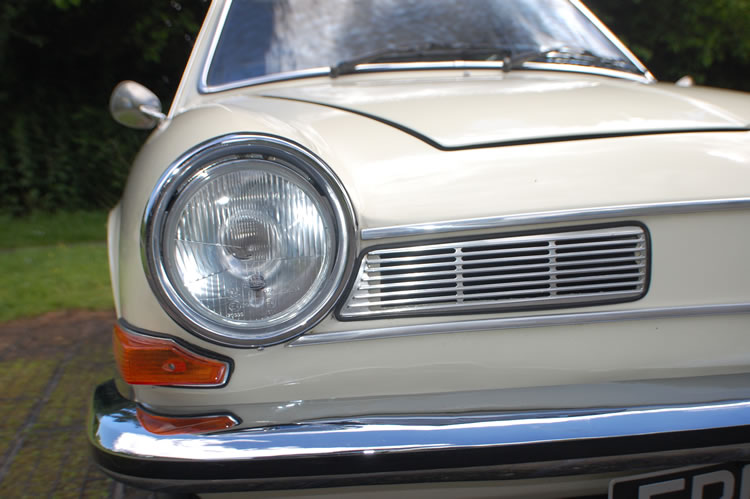 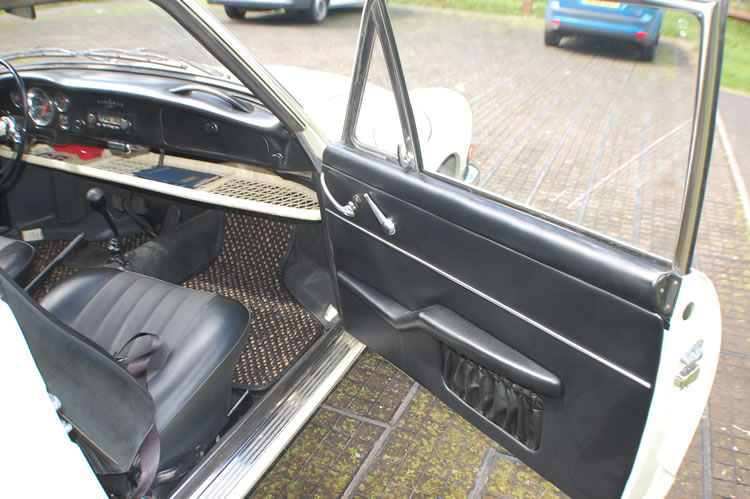 The Brasil KG is a strange mix of T1 and T3 parts from different eras that evolved from a German design study that was given a unique style (very much of its time) of its own from 1970.

The underpinnings made good use of the general VW parts bin of the time.

How have I learned about these differences? Well in July 2013 I acquired a June 1972 TC model since I fancied a challenge but also wanted to learn a bit more about them.

One major learning is that whilst rust is still an issue in the usual places due to poor design/protection, all of the fixing bolts and screws used throughout the car in these areas such as headlamp fixings, door window frames, tie rod ends and front wing closing panel bolts have all been removed without any drama after 40 years!

It obviously rains in Brasil (in some areas quite a lot) but I suspect they do not use the sticky metal munching mixture that the authorities here like to chuck about on the roads in ever greater quantity, so that the lowest skilled drivers can travel anywhere at speed and at any time whilst ignoring the prevailing conditions.

My TC journey is ongoing! 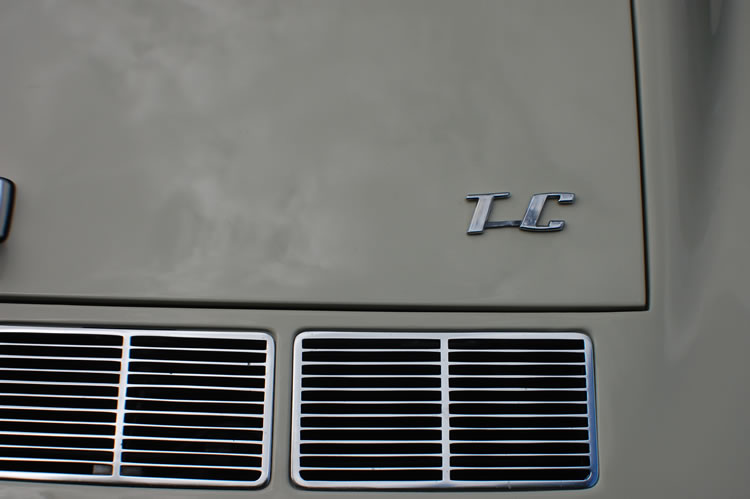 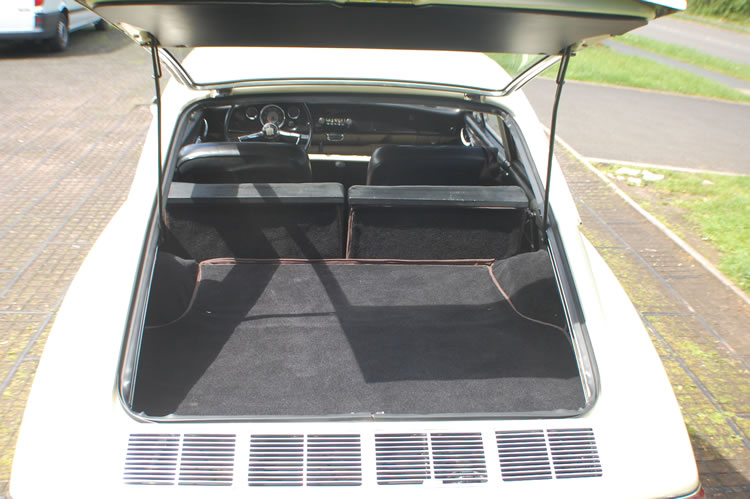